A few years ago, the Coravin wine preservation system absolutely rocked the wine world. It had huge ramifications for restaurants in terms of their ability to serve any bottle of wine by the glass, however some within the wine industry thought it was a disgrace. For most of us who just enjoy drinking wine, it’s fantastic! I’ll go over a comparison of two models, the Model 2 and the Model 8, and we also have some discount codes for Laithwaite’s so that you will have some delicious wine to pour using your Coravin!

Over the past year, buying wine online has become the preferred way to purchase. We’ve spent most of the past year in lockdown and unable to go to restaurants, and why risk going round to the shops if you don’t need to? One of the industries that has flourished during the pandemic has been wine delivery services. Prior to Covid and March of 2020, Laithwaite’s was well positioned to do well once the pandemic and lockdown hit. They have a very large catalogue of wine available, as well as brilliant prices.

For the most part you are buying a case, but a unique feature of Laithwaite’s is that it doesn’t have to be a case of 12 of the same bottles of wine. A case is simply just 12 bottles of wine, although you do need to order in pairs so you can get a maximum of 6 different kinds of wine in a case. They have some pre-made sampler packs available, or you have the option to build your own. On average you end up paying around £8-9 a bottle when you use discount codes!

What is the Coravin?

The Coravin was invented when Greg Lambrecht wanted to enjoy a glass of wine when his wife was pregnant and unable to join him as she usually would. Uncorking a bottle meant that much of the wine would spoil, and I think we can all agree that spoiled wine is a very sad thing indeed. So he used his ingenuity and came up with the Coravin wine preservation system. Rather than uncorking the bottle a needle is inserted and used to draw wine out, while argon gas keeps oxygen from entering the bottle and spoiling the wine left within. I think it’s absolutely genius!

This obviously was a big hit in the restaurant world, where now any bottle of wine could be offered by the glass. You may not be able to drop £200 on a single bottle with dinner, but you could enjoy a glass for £40. However, not everyone was on board with this miracle device. Some people felt that the fact that almost anybody could now afford a glass of even the most expensive wines lowered the status and brand of wine altogether. I understand that it could be frustrating to someone who had once paid £2000 or more for a single bottle of wine to now see that very same wine being offered by the glass, but frankly I think that’s a very classist attitude. Wine is wonderful, and it should be available to anybody who wants it (and is over the legal drinking age). I don’t think increased availability cheapens the experience, if anything I think it will make more people appreciate wine.

Coravin has a bit of an unusual naming convention, the Model 2 is the newer model and the 8 is the older one. The Coravin Model 8 offered several improvements over the original design. The first was really a prototype, and while it was praised consumers did have some feedback which the company incorporated into future designs. The first of which was that it pours the wine much faster. The first model was a little sluggish on the pour, however the Model 8 is being advertised as 20% faster. Field testing suggested that the number was probably higher. Secondly, the bottle clamp was revised and is easier to put on and take off the bottle. Some people had previously found it difficult, especially if they had smaller hands. And thirdly the vertical slide of the needle to go in and out of the cork has been improved and made much smoother.

Now on to the Model 2, what was changed and improved in this one? Previous models had some issues with sealing the gas canister to the device, resulting in the gas leaking out. It’s not dangerous or anything, it just means that you go through canisters more quickly and thus spend more money. And to be fair, the issue wasn’t with the seal on the device, the issue was with users who had a hard time telling if the seal had been engaged properly or not. That was a major upgrade on this model, and they also improved the wine pour speed and the clamp again. The Model 2 also has a sleeker and more modern design.

Coravin Model 2 vs Model 8, which is better?

Both work great, if you already have a Model 8 and it’s functioning just fine you might as well stick with it. If you are looking to make a new purchase though, the Model 2 is quite nice. 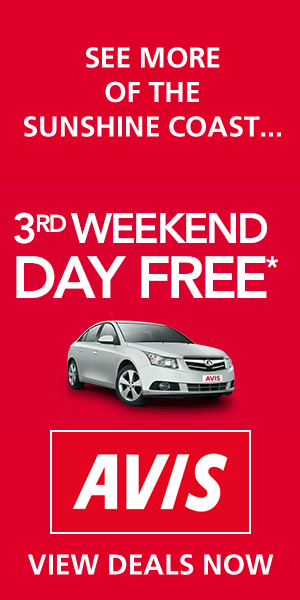